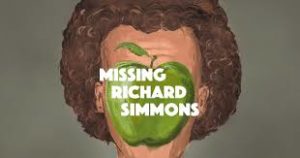 Today’s topic: The person(s) who never stop talking about how they don’t care about something.

I’ll admit: I am currently watching the Royal Wedding, and though I didn’t really commit to participating either way, my curiosity drew me in. For me, the viewing began a learning of traditions and customs that I wouldn’t necessarily find in my home country. As an added bonus, I got to see old money at work.

What I didn’t get, though, is for days now, the stream of tweets, facebook statuses, and the like about how they don’t care. Statements such as “I’m all out of dambs/f***s to give about the royals” and the like permeated my timeline(s). The only thought I could muster up in response, though, is “If you don’t care, why must you keep saying it?”

Perhaps it’s just me, but when I genuinely do not have an interest in something, I let it go. No talks, no tweets, no facebook statuses. In fact, if I’m really in an uncaring mood, I’ll even log out of all of my social networks and do something that I take joy in, instead of bringing the gloom and doom in honor of showing my disdain for something.

Of course, there are the arguments of how the news coverage is extensive. My question to you: When has it not been for event like this? We bawled and hugged for our President’s inauguration; we juked and slid all across the country, starting at the Apollo Theater, when MJ passed (during the five year interim between his passing and burial) ; and of course, whenever a former President passes away, the WHOLE WORLD STOPS to pay respects. What I see, however, is a lack of… I don’t know what to call it. Tact? Tolerance? Give a care about something else that may or may not necessarily be in your bubble? Let’s go with the last one.

I know it’s hard to pretend as if we’re happy for other people in the world, especially when regular news is going on all day, every day. What about the regular people getting married today, also? I wish them well, too. If I could Google them, I’d satisfy my curiosity in that area, also. You know what, though? We don’t have their names. What we do have, however, is a bit of a distraction- a glimpse into a little bit of happy, in a world that continuously emits sad. For this, I’ll take those few hours. Knowing that once it’s all over and done, and the Duke and Duchess (among their other titles) kiss, I’ll go back to my regularly scheduled life, and so will they. It’s not idolatry or any other word you can think of– just entertainment. An escape. Does it mean my heart is any less interested in the tragedies from the recent tornadoes, or the clusterfarce of mess going on with our President and the birthers, or the major marathon taking place through my city this evening? Not at all.

Seriously, though? We’re going to take the fun out of a traditional event, because other stuff is going on? I mean, whenever the Real Housebabymamas competing for the love of some b-list celebrity’s facial secretions is on, people tune in like it’s a life or death situation. Any time there’s a football, soccer, hockey, or table tennis game, my timeline is filled with reactions. Do I care? Not really. Do I spend days echoing the statement? …FUH WHAT?!

Anyway, I said all of that to say we get it. You don’t care. You don’t know them, you don’t to, you’d rather watch Coming to America, sip Crown Royal, or extract your toe jam. On a scale of never to one, your level of uncaring is beyond the low point. I suppose it would be bad for me to say that I don’t care that you don’t care, then, eh?

Congratulations Duke and Duchess. Or Earl and Lady. Or Baron or Baronness… whichever titles they prefer. I hope their marriage is full of love and all of that other stuff no one will get to see.
Have a good weekend. I’ll be back with another minor annoyance next week.

Don’t call it a comeback,
Beez (or, for the remainder of the day, the Duchess of Cornbread *adjusts monocle*)